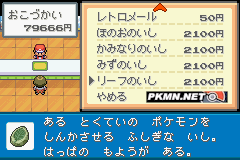 Ever wondered what a Moon Stone looked like? No? Well, it looks like a lump of rock. You knew that from the animé? Quiet, you.

Now, wherever there are items, there are pictures! Your PC, your bag, shops - all of them help you better understand the way Pokémon physics work. Nuggets, for instance, are perfectly round. Didn't know THAT, did you?

The bag has only three pockets now. Items, Key Items and Balls. No sniggering. Berries are gone, it seems... 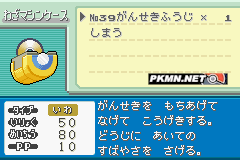 This picture is so good, NOM nicked it and printed it in their magazine!

TMs, on the other hand, haven't. However, they can no longer be attached to Pokémon. Your dream of trading back that Razor Wind TM to RS will forever remain unfulfilled. The TMs - which look like CDs - are kept in a TM carrier which looks like a CD case. It's a key item, and can therefore be registered to the Select button.

Some TMs also seem to have changed. TM47, for example, appears to be Steel Wing. Gym Leader TMs are seemingly the same as they were in RBY, though.

It's gone. Bill must have come into some money and moved the mountain closer.

Fed up of pressing A to read signs? To save your fingers from even MORE repetetive strain injury, sign notices pop up if you're next to and facing them. You can walk away at any point, stopping the flow of text, meaning you waste less time.

Running shoes are here! You'll get them some time before Cerulean City. The much-loved bike is back, and can be earned by listening to a boring Rapidash-lover's tale.

When you beat your rival next to Nugget Bridge, he'll give you what appears to be a phone. It contains the numbers of Oak, a few random trainers, Misty and your rival. This presumably works the same way as the Trainer's Eyes in RS, although it seems like YOU can also phone THEM, like you did in GSC. 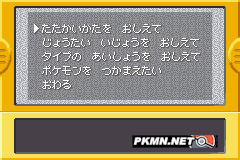 Telly! Is there any word more wonderful? Of course not. So imagine my surprise when I found one dumped in the forest.

Much like the radio of GSC, the television offers gameplay info. One programme, for instance, shows you how to register items for use with the select button. Although the visuals are repetetive - a presenter in the woods - you could do much worse with an abandoned television, and it has more channels than British analogue too.

There doesn't seem to be a clock in FR/LG. No day and night, therefore. How thatl'll affect Eevee and others is beyond me. 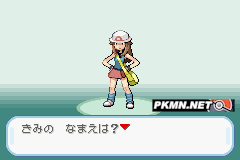 You can play as either a boy or a girl.

You can name your rival now, as you did in RBY.

Technically this is the games intro sequence, but it's beautiful!

Everything looks much richer than before, and sometimes surpasses even RS. Areas surrounding mountains are now rocky, grass has been updated to look like RS grass, the attacks look mostly different to RS and Mount Moon contains craters. 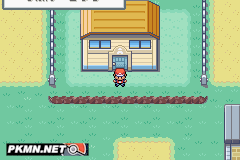 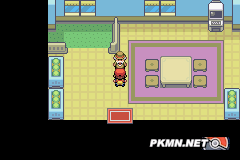 The Daycare Centre south of Cerulean is the same as the RBY one. Only a Daycare man - no woman - no garden, only takes one Pokémon at a time... Breeding is therefore something to research at a later date.

They're in it. Giovanni's presense has so far been unconfirmed. 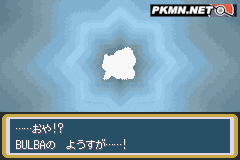 Before you enter certain new areas, such as forests or caves, you're treated to a quick still image of the entrance.