Wrong. Absolute poppycock. In Fire Red/Leaf Green, there is a brand new set of nine islands to explore! Bet you didn’t know that! What? You did? Of course you did. Everybody knows that. If you didn’t then crawl back under your stone. Or better still, pay attention. 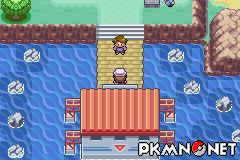 This new set of islands hasn’t yet got a collective name. To tell the truth, they are accessible much earlier in the game. You can visit the first few islands after kicking the crap out of Blaine. You step outside, and a very kind old man takes you there in his boat. I couldn’t be bothered exploring then, though, I had a Giovanni to beat and a League to finish first. But now, for your enjoyment, scroll down and read my analysis of all 9 islands, or forever be restricted to just playing the original games. I did warn you. 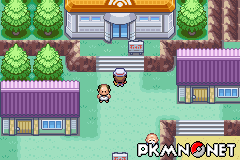 Island 1 is a small island. Couple of houses, couple of people wandering around, and a Pokemon Center the size of god-knows. This is a very important Pokemon Center though. As soon as you arrive, you are forced to follow some guy (probably Bill) into the Center, so that he can speak to another guy. They go in front of this massive machine (which must surely block out any sunlight). One can only assume that this machine allows trading with Ruby and Sapphire. Sounds cool. However, it needs the two aptly named Ruby and Sapphire plates to power it. They can be found on the Mystery Islands somewhere. Being the gentleman that you are (gentlewoman in some cases), you agree to find them. Fool. In return, Bill provides you with a new Town Map and a ticket, so that you can visit Islands 1-3 whenever you like. Too kind. 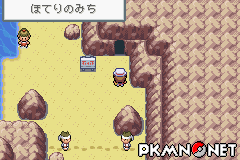 There’s also a beach to the east of the island. Me and my Blastoise decided to go and explore. We surfed East. We surfed North. Land ahoy! You’ll arrive on a route covered in grass, smashable rocks, trainers and with a few items dotted about. Continue North up this route and after a few more battles, you’ll arrive at a cave. Inside there’s some sort of hot springs place (like in Lavaridge Town). One man gives you HM06 if you talk to him. God knows why. Continue past this cave, and there’s more water. Surf upward past 3 more trainers and you’ll come to the next bit of land. If you’ve defeated the Pokemon League, then halfway up there will be a cave. This contains the Ruby plate and some wild Slugma. Erm, yay!

After you hike up this bit of land, you’ll come to another cave. Now it’s the usual boring walk through caves that are in caves and paths that wind and turn and go all over the place. It’s worth it though. After a minute or so you’ll arrive back outside. Follow the path to the mountain summit, and you’ll arrive at a “Strength” puzzle. Simply push the rock furthest right up. Then push the rock on your left, to the left. Move up one space and push the rock that is now on your left, left. Move into the new space and push the other rock up. Follow it round and push it out of your way. Simple. But what is the point of this, you ask? Well, there’s the non-existent view, and there’s the Level 50 Moltres that is now just in front of you. Save, catch, everybody’s happy.