Now, for those of you who don't know, the Mystic Ticket and the Aurora Ticket are two tickets which can be obtained, and then used to locate the two secret islands in FRLG - Navel Rock and Birth Island. However, these tickets cannot be obtained normally in the game, rather like the Eon Ticket in RS.

The legit way of getting these tickets is complicated if you're an American, and simply impossible if you're European. Well, Europeans can do the first bit, and then are halted before the fun starts. Either way, this is how you're supposed to do it: 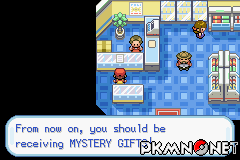 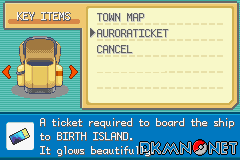 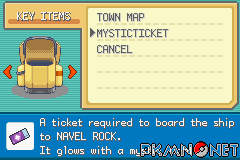 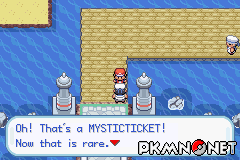 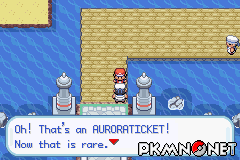 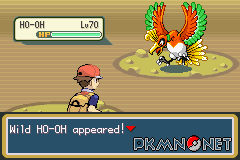 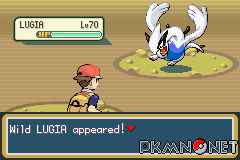 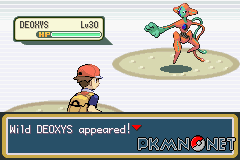 So then, that's the legit way. The other way is to use a cheating device, but this is easier said than done. Nintendo hate the idea of people using cheating devices, and install all sorts of weird methods into their games to make it as hard as possible to do. There are codes out there - be it Gameshark, Action Replay, Codebreaker, Xploder or whatever else people have invented, that can get you these tickets, or can simply take you to the islands without any tickets. However, there are also a lot of codes out there that people can't get to work. It's because of this hassle I'm not posting any codes on this page, nor will I or any of the staff supply you with cheating device codes. You're more than welcome to ask for some on the forums, but these codes are more hassle than they're worth, and you may just want to consider waiting until a legit opportunity to get these tickets springs up.