You complete one, they release another. Let's take a stance, let's not play it!

... yeah, I know. What rubbish. Let's have a quick look at what to expect from Platinum! 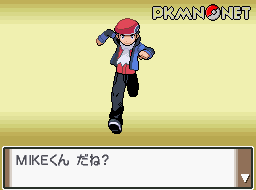 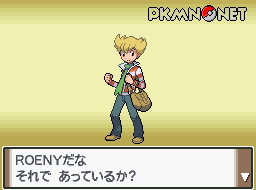 Blue is the new black. 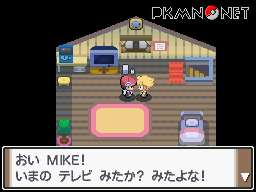 It's 17:08 in the Big Brother house. Rival is in Mike's bedroom, checking if Mike's walls are pitch black as well. Mike does not want Rival in his bedroom, especially when he starts fiddling around with his PC. 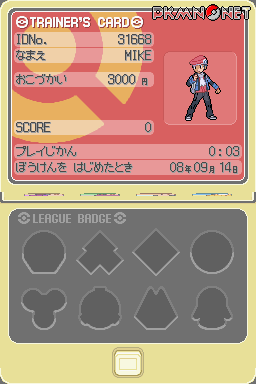 Being another "third game", a lot from DP remains in the game. One big change though is the change in location of all eight Gyms - now all in Twinleaf Town. Because of this it's possible to earn all those annoying badges in the first 3 minutes of play. Badges are black now, to save you the hassle of cleaning them. What's that? I don't have a Pokémon yet? Silence, you. There's some lovely new location boards now, as well as snow covering Sinnoh. Looks like the crew of Home Alone 17 didn't tidy up after themselves properly. 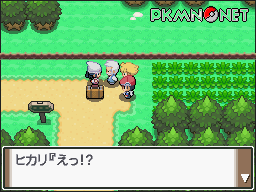 Santa Claus and his little elf now meet you on the Route, rather than at the Lake. 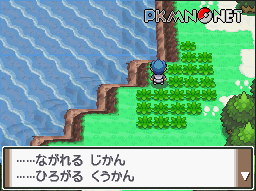 ... that's because Amy Winehouse is contemplating life at the lake. Best stay away, see.

No, really. Certain people, such as Rival and Gym Leaders, perform a little jig at the start of battle. 8.4. 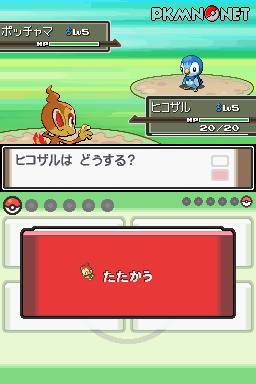 Is it just me who thinks the battle screen looks a little brighter and more colourful? I like it. Notice the black boxes around your HP, that's an addition. I wonder where all this colour came from though... 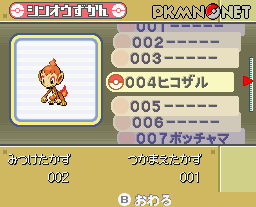 Oh. From the Pokédex. 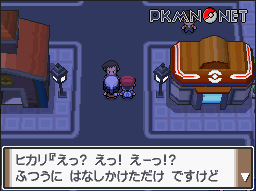 Giving me a Battle Recorder. Like the one in Emerald. Now I can prove to everyone that some idiot out there does have a team full of Magikarp. 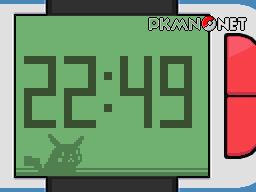 You can scroll through applications in both directions now. No more do you need at least three cycles of 20 odd applications to successfully stop at the Dowsing Machine!

Conclusion: It depends how much you loved Diamond and Pearl. If you weren't too keen on them, Platinum won't have much more to offer you. If you loved them, go for it, there's a lot of extra quirks we'll be covering in the next few days. And remember, there's a whole new Battle Frontier in Sinnoh, so if you loved that in Emerald, you may want to consider selling your grandparents on eBay purely to fund this.