Briefly introduced in Pokémon Emerald, the IV Checker character was heavily expanded upon in Black & White and has now become a very useful tool for the more competitive players of Pokémon. Judging your Pokémon, he will give you a statement which will reveal an awful lot about your Pokémon and how strong it is based upon it's Individual Values. 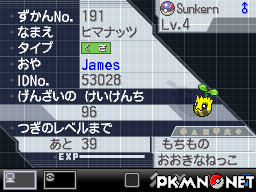 Now, as I'm sure you're all aware, each Pokémon has a range of IVs which are hidden from your view; a little calculation is required to find out your Pokémon's IVs. However, this does require a lot of time and usually the Pokémon's stats to be as near to Level 100 as possible where the variation in IVs becomes a lot more clearer. This isn't always feasible, especially when you're breeding Pokémon for competitive use. There has to be an easier way of finding out the IVs than to painsakingly level your Pokémon up without introducing EVs. Thankfully, there is!

For more information on what IVs & EVs are, please visit our page on Competitive Battling!

To find out what your Pokémon's characteristic could relate to, please view the table below;


Now, this comes in particularly useful in the next bit of working out your IVs. Speaking to the character, he will give you a statement broken into two parts; the first part will be based on your Pokémon's total IVs added together, the second part will be to do with your highest IV. 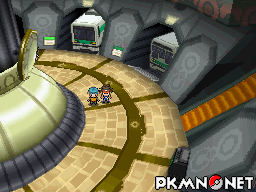 However, if your Pokémon shares a highest value, he will name those statistics. So, if you had a Pokémon with an IV of 31 in HP, Defence and Special Defence, he will mention those stats before stating that they "Can't be better in that regard". Very useful for finding out just how good your Pokémon is.