PKMN.NET :: Island 6: Fortune Island :: FireRed, LeafGreen Sevii Islands
Ah, Island 6. Another huge Island, another day of mine wasted trying to work out what the hell to do on it. Lovely.

The first bit of town (with the Pokemon Center and the Mart) is tiny. This is some trademark sign that the island will be ridiculously big. Bleh. Go through the excuse for a town, and take the tiny path behind the Pokemon Center and Mart. Thereï¿½s some invisible item right at the very end of it. Then continue your journey South. You may be lucky enough to find some Wild Wooper. You may not be. How the hell do you expect me to know? Thereï¿½s probably some other Johto Pokemon in there, but Iï¿½ll update those when I find out. 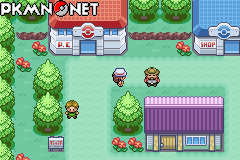 Eventually youï¿½ll come to a massive sort of clearing, that has all sorts going on in it. Boulders to move using Strength to get items, battles with trainers, and the Mysterious Ruins with an Iron Door. What sounds the most interesting? Donï¿½t be smart, of course itï¿½s the Mysterious Ruins. Go up the door (which has a lovely Braille Pattern on it) and use Cut. Click, door open. In we go. (Hint: You can only access the Ruin after youï¿½ve beaten the Rockets in the Ice Cave on Island 4).

Youï¿½ll have a hole straight in front of you. Itï¿½s only a game, so jump down it. Youï¿½ve now be faced with a choice of 4 holes- Up, Down, Left or Right. Take the Top Hole, then the Left Hole, then the Right Hole, then finally the Bottom Hole. You can now get the Sapphire Plate! But, whatï¿½s this? A Scientist has followed you down! Heï¿½s taken the Plate! *Shock, Horror, Terror!* 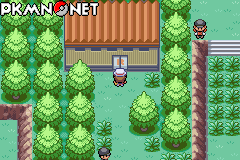 Remember this building on Island 5? Thatï¿½s where heï¿½s fled with the Sapphire Plate. Go to the Island 5 page if you need help in chasing after him.

If you go to the Sea at the East of the Island, you can surf North for about a minute, past a couple of trainers, and youï¿½ll arrive at another part of town. Thereï¿½s a couple of houses here, and noticeably a 2-on-2 battle. Then you get to travel West, through a massive Forest, which holds more trainers than should be allowed. Itï¿½s also got a few more Johto Pokemon- Ledyba, Spinarak and Heracross. The exit is at the bottom-left. Fight your way to it. 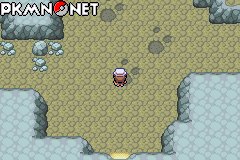 Here you ever surf further West or North. Further West are even more trainers. Thereï¿½s something slightly better to the North- the Legendary Transformation Cave. Youï¿½ve surely heard of it. So far only Zubat can be found in it, but game hackers have found loads more Pokemon, including a few Johto oneï¿½s such as Mareep.