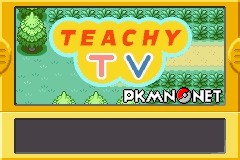 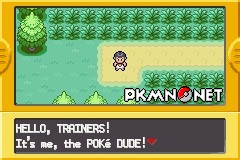 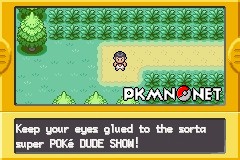 Say hello to our new friend. This is the PokéDude, our resident airwaves Pokémon specialist for FireRed / LeafGreen. GSC had Prof. Oak and Mary, and now we have … you guessed it, PokéDude. 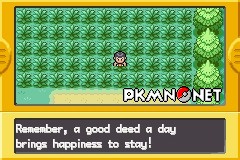 The TV show itself is rather basic, and is clearly for those who have never played the game before. Or any other games, from the way it is conducted.

Teachy TV is set inside a forest, on the edge of dense grassland. PokéDude come on from the left and starts to explain one of the following: 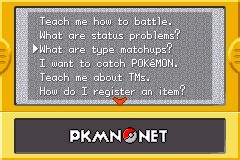 Teach me how to battle.
What are status problems?
What are type match-ups?
I want to catch Pokémon.
Teach me about TMs.
How do I register an item?

As has been said, as nice a soundtrack it is in the background for Mr. PokéDude, and he seems sufficiently hyper, still, there might not be much point in him if you know about the games or any other RPG for that matter. Just a nice looking addition, is all. Personally, I think they should bring back Mary. 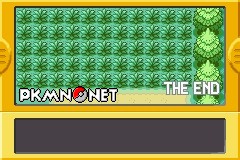 Thanks to Irrevilent for this!