So yeah, just when you thought it was safe to go to bed, the Pokémon break out.

Japanese TV show Oha Suta has shown a brand new trailer for Black and White, and contained within are literally millions of new Pokémon. Let's have a gander shall we?! 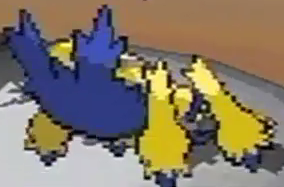 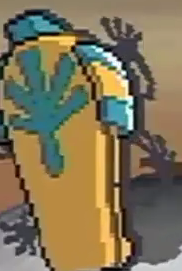 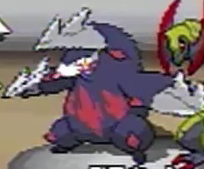 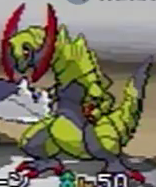 We also have 3 further Pokémon that nobody seems to know nuffink' about like. No. 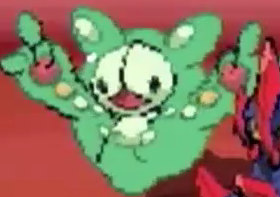 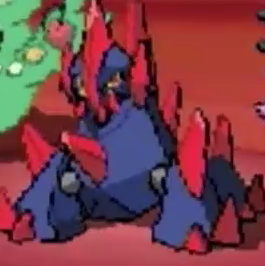 We do of course have some further trivial information as well. Take notes if you please, there may be a quiz afterward:

Image from the trailer have been added to the Pre-release image gallery, so do be a jolly good sport and pop over and have a quick peek. Alternatively, if you head over to filb.de then you too can see the video!

The rest of them are already growing on me. Except for Ononokusu. That one will take a while.
NaCl on Mon 28 Jun 2010 21:55:22 UTC.
aha! look, a Mrs. Mime! XD
Snagprophet on Tue 29 Jun 2010 18:55:53 UTC.
Moguryu looks awesome. I know it's the second mole but it looks brilliant and Diglett wasn't exactly amazing looking. Also Denchura doesn't look too bad either. I was beginning to think that there wouldn't be any decent pokemon designs but just seeing these two make me glad I'm getting White whenever it comes out.
Perfectmew on Tue 29 Jun 2010 20:00:03 UTC.
@zekrom11-These are the Japanese names, and they will be altered to be better accepted by English players.

Anyway, I think it's all looking good. I'm kinda guessing that the third unnamed Pokemon may have some kind of relation to Mawile. It would be nice for Mawile to have an evo. Also, yay for 3vs3!
zekrom11 on Tue 29 Jun 2010 22:02:08 UTC.
hey perfectmew you think your all that smart you might be wrong