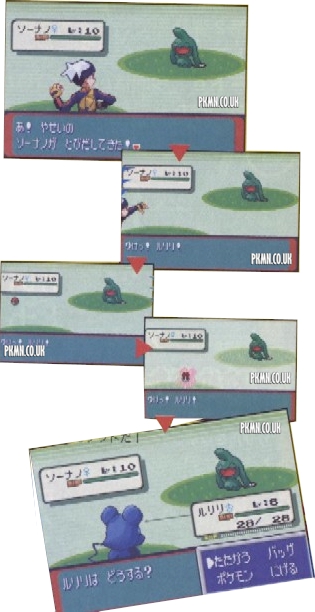 To your left you are looking at a battle from Pokémon Advance! As you can see, the pictures are an awful lot more detailed, and the background is more colourful. I suspect that depending on what type of area you are in, the background will change accordingly. For example, if you surf the background might be sea like. One thing worth pointing out is the box which the opponents details are in- I think this looks rather smart. Interestingly, the move box at the bottom is now in that classic RPG blue with white text- interesting that.

To the left, it is showing what I presume happens at the start of a wild Pokémon battle. Our granny haired trainer spots the prey (the Sonano), leans back, and throws the Pokéball. The Pokémon glows with that animé style pink beam and out pops Ruriri, the baby Marill.

Pokémon UK's resident gaming genius, Iceduck has given us his two cents:

"These screen shots are vastly more interesting than the first three - we can finally see how battles look. The looks improvement from GSC seems incredible - if only we could see whether the opponents move as in Crystal."

One thing to really notice is that Sonano is a baby Wobbuffet. What does this mean? Why are you fighting a baby Pokémon in the wild? Iceduck has suggested that it could be a trainer battle, but then again, will they have coded that much at the time of writing. This will be a very interesting screen to look back on. 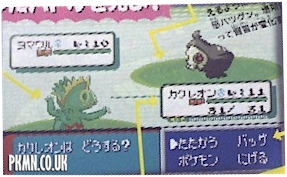 To the right we have another battle screenshot. Here we can see the chameleon Pokémon, Kakureon having a fight with Yomiwaru. This screenshot doesn't really tell us anything more than we already knew. 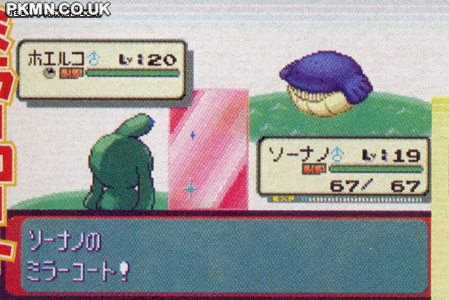 To the left is the first battle screenshot released. It shows Whynaut using what looks like some sort of barrier attack to block a Wailimer. It appears the quality of the battle animations has improved.

Two other battle images showing attacks have also been released:

Two more battle screenshots featuring the female trainer at the start of two battles were shown in the July Japanese Coro Coro magazine: 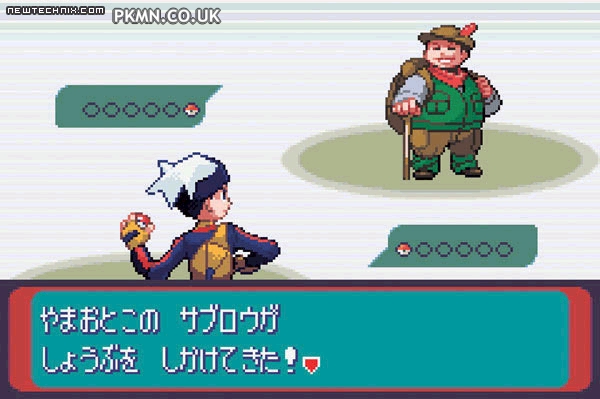 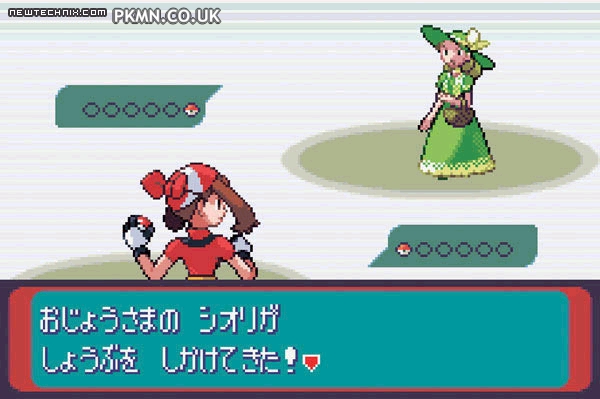 Please note that the strange arrows and Japanese text covering some of the screens are because the are scans from the Japanese gaming magazine, CoroCoro. 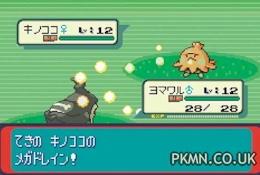 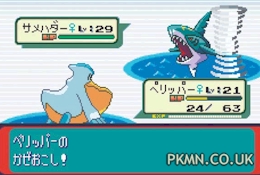